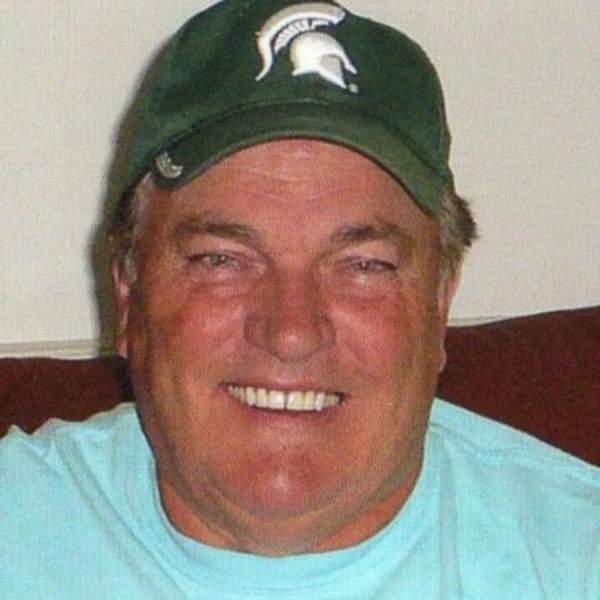 Paul Melvin Beckwith, age 80, resident of Frostproof, FL and Vicksburg, Michigan, passed away on August 17, 2021, with his family by his side. Paul was born in Hillsdale, Michigan on April 12, 1941 to Clair and Flossie Beckwith. Paul lived in rural Bancroft in the early years. He tells of “walking miles to the one room school down the road - up hill - both ways.” His mom baked bread. Paul took his homemade bread sandwiches to school and traded them for store-bought, Wonder Bread sandwiches. The family moved to Owosso when Paul was mid-elementary age. He was a natural athlete and loved baseball. All summer long he rode his bike across Owosso to the three ball diamonds to play ball. He was an excellent figure skater, tumbler and played football and basketball. He also loved to sing and had lead roles in school performances. When he was ten, he got a job at the corner store sorting and bagging potatoes. At eleven, he took over his brother Don’s paper route. His bike was old and the route was long, so Paul went down to the local sporting goods store (Shippee & Smith) and talked the owner into letting him buy a new Schwinn bike on credit, promising to pay a little every week - which he did. The store owner gave him a good referral when he financed his first car at 16. He went to work for Kroger when he was 15; worked fulltime for Kroger while completing his high school requirements at Owosso Academy. He played basketball for the College/Academy team and loved it. He pursued specialized training in retail management, bakery-deli and even cake decorating in the years following graduation. Before he began his long career in food sales he had his own market on Corunna Avenue, moved to Quincy, MI to manage the Quicki IGA store, then back to Owosso where he got into grocery sales. This entailed travel all over the state of Michigan and beyond, affording him the opportunity to meet people and make friends. He played fast pitch softball for the Nazarene Church, Mitchell Bentley, First Federal, Savers and others for years. His family loved to travel the state with him for out of town and tournament games. He also played city league basketball and golf. He loved fishing and hunting and summer time on the water with his children and grandchildren. He and his kids were avid Michigan State football and basketball fans and had season tickets for years. Paul was a member of the Nazarene Church and friend of Family Life Church in Frostproof. After retirement he spent summers on the Indian Lake Nazarene Campground. In all these places he volunteered his time and energy to help in any way possible. He loved the Lord and the desire of his heart was for others to do the same. He was loving and supportive and made every effort to encourage his children and grandchildren. He always had a smile on his face and was willing to lend a hand to anyone who had a need. He didn’t know a stranger; chatted with anyone. He is preceded in death by his parents, Clair and Flossie Beckwith, and older brothers, LaVern and Don (Nancy). He is survived by brothers Ron (Esther), Jim (Rosalie), Dave (Kellie) and sister-in-law Doris. He is also survived by his wife, Sharron Dawson, of 60 years and their children: Patti and her son Sean; Randy; Steve and Renee and their children: Michelle (Matthew) Sexton, their 4 children; Jason (Stephanie); Rachel, Emma, and Mary; Greg and Iris and their children: Scott; Kia (Andrew) Cooper, their 2 children, Ashton, and Kassidy; Paul and Rachel and sons, Jesse, and Clayton; many nieces and nephews. A celebration of his life will be held at Indian Lake Nazarene Campground and Conference Center in Vicksburg, MI on Saturday, September 4, 2021 at 1:00 PM. Memorial contributions in memory of Paul may be made out to either Indian Lake Nazarene Campground or the Family Life Church. Contribution envelopes will be available at the celebration of life. Indian Lake Nazarene Campground 8258 Victory Street, Vicksburg, MI 49097 Family Life Church 139 Bulldog Way, Frostproof, FL 33843 While visiting Paul’s webpage at www.mccowensecord.com please sign the guestbook by lighting a candle, and/or sharing a memory with the family. The family is being assisted by the McCowen & Secord Funeral Home; Rupert Durham Chapel, 409 S. Main Street Vicksburg, MI 49097 (269-649-1697).
To order memorial trees or send flowers to the family in memory of Paul M. Beckwith, please visit our flower store.