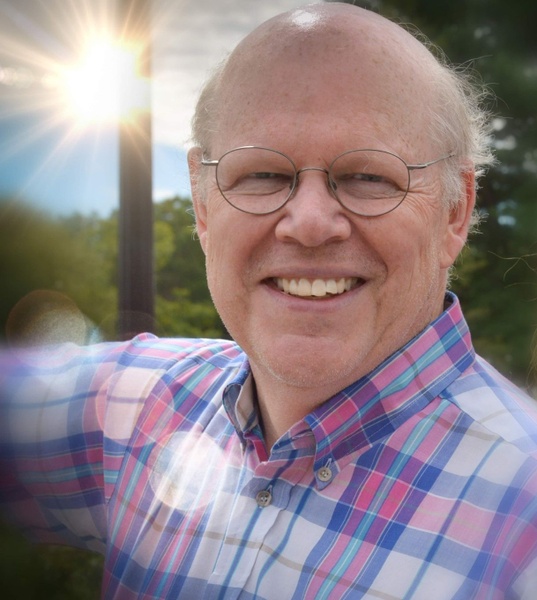 Dr. Paul Victor Engelmann, 64, of Plainwell, Michigan, passed away on July 5, 2022 at Vicinia Gardens Assisted Living and Memory Care in Otsego, Michigan, due to frontotemporal dementia. He was preceded in death by his mother, Patricia Park Engelmann, and his first wife, Martha Heystek Engelmann.

At an early age, his father introduced him to model building which would eventually lead to an interest in restoring antique cars. At 15, he began one of two restorations on his grandfather’s 1954 Chrysler New Yorker. His passion for restoring antique vehicles was ignited, and especially his affinity for the Chrysler Dodge brands. Several years later, after gaining more experience, he conducted a more thorough and complete restoration of the same Chrysler New Yorker which is still in the family today and has driven many brides and grooms from wedding ceremonies to receptions. In addition to the ’54, Dr. Engelmann restored a 1958 Dodge DeSoto as well as his most prized and rare antique vehicle, a 1932 Chrysler Imperial CL, which is currently on loan for display to the Gilmore Car Museum in Hickory Corners, Michigan. He earned several awards for the 1932 Imperial, including the Walter P. Chrysler National Award (2010) from the Antique Automobile Club of America and the Class Award (2010) from the Classic Car Club of America.

Dr. Engelmann or “Doc” as his students affectionately called him, earned an Associate Degree in Science from Lansing Community College before going on to Western Michigan University, where he earned a Bachelor’s Degree in Industrial Education, a Master’s Degree in Vocational Education and a Doctorate Degree in Educational Leadership. He went on to teach in the College of Engineering and Applied Sciences at WMU for more than 30 years where he also served as Assistant Chair, Chair, Associate Dean and Assistant Dean. He specialized in Plastics Engineering and was instrumental in providing input for the design and construction of Floyd Hall on the Parkview Campus, which debuted in 2003.

A celebration of life will be held on Sunday, July 24 from 12:00pm to 4:00pm at the Gilmore Car Museum, 6865 West Hickory Road, Hickory Corners, Michigan.

In lieu of flowers, donations can be made to the Gilmore Car Museum and the Western Michigan University Alumni Association.

Both sites have the option to indicate a memorial or honorary gift in Paul’s name.

To order memorial trees or send flowers to the family in memory of Paul Victor Engelmann, please visit our flower store.
Send a Sympathy Card