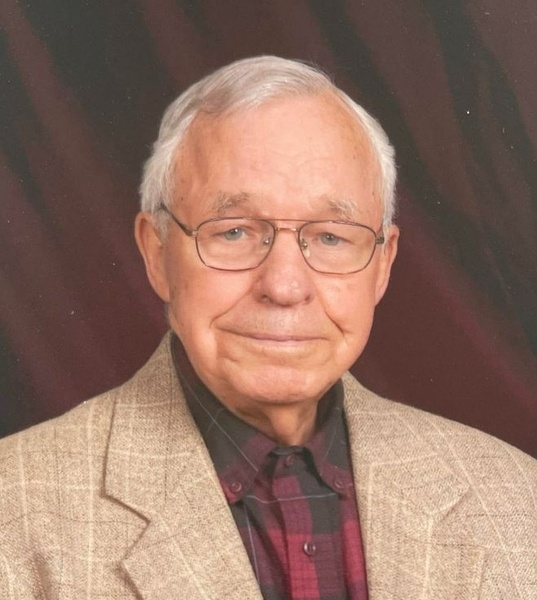 On Friday, April 1, 2022, The Reverend Allen Cobb of Vicksburg, Michigan, met his Lord and Savior in heaven.  Allen was born June 18, 1926, to Floyd and Amelia (Haefka) Cobb, the 10th of 11 Cobb children. He was born as a twin with a brother born just shortly before him.  The family included 4 daughters and 7 sons, and they grew up in the Midland, Michigan area.  They were a farm family which entailed a lot of hard work on everyone's part, but grew up together in a Christian home, trusting the Lord.

Allen entered the military during WWII just like 3 of his brothers. Allen was stationed state side and was assigned duty as military police in Chicago and Detroit. He even was assigned to guard Gen. Dwight D. Eisenhower toward the end of the war.  Allen's youngest brother was killed in a car crash on leave from the Army which was a great loss to the family. Allen was also preceded in death by his parents; sisters, Vivian, Florence, Eva, and Katy; brothers, Melvin, Ty, Bill, Jack, Alfred, and Duane; and by a baby granddaughter. Allen is survived by his children; daughter, Ruth Ann Brunsting; and sons, Raymond (Denise) Cobb, and Duane (Kim) Cobb; grandchildren, Kristin (Todd) Grathouse, Jamie Burbank, Sara Cobb, Rebecca (Ken) Moreau, Chrissy (Matthew) Geiger, Greg Cobb, and Michael (Melissa) Cobb; 12 great grandchildren; and many nieces, nephews, and cousins.

During his teenage years, Allen became the Sunday School bus driver for their church. He met a sweet young lady who started riding the bus to attend church and that was the beginning of a friendship that later became a relationship and lifetime love with his sweetheart, Evelyn. They married on July 16, 1948 (on Evelyn's 19th birthday) and moved to Illinois to attend Olivet Nazarene College. Allen went to Olivet Nazarene Bible School in preparation for the ministry that God called him to.  Rev. Cobb pastored several churches in his lifetime, all for the Michigan District Church of the Nazarene:  Butterfield, Beaverton, Bay City, Nashville, Grand Ledge, Jackson, Saginaw, and Eaton Rapids.  They retired after 40+ years of ministry. Rev. Cobb served in many capacities as he was pastoring. He participated in District offices as a guest minister to several churches, as a leader at Indian Lake Nazarene Camp, as youth director, boys camp director, as a mentor to young people and a counselor to many. He also served on the board of trustees at Olivet Nazarene University. Besides his pastoral duties, he was a school bus driver, worked as President of the Maple Syrup Association in Nashville, as a volunteer fireman, and as a coach for a lot of kids’ ball games. Everyone remembers Rev. Cobb's humor, fun times in ball games, his genuine love for God and the way he lived his life to honor his Lord.

After retiring in 1991, Rev. and Mrs. Cobb moved to Indian Lake Nazarene Camp in Vicksburg, Michigan. They remained busy doing volunteer work for the camp and going to Florida Holiness Camp during winter seasons where they had many roles of leadership, including Rev. Cobb's term as chaplain. He was also on staff during that time at Chapman Memorial Church of the Nazarene.

Rev. Cobb lived his life doing what God called him to do.  He missed Evelyn after she passed away 6 years ago and looked forward to reuniting with her.  He is now celebrating his eternal reward with his Lord.

While at http://www.amsfuneralhomes.com please take time to sign Rev. Cobb's guestbook and/or share a memory with his family.

In lieu of flowers, you are welcomed to make a donation to Indian Lake Nazarene Camp, 8258 Victory St., Vicksburg, MI 49097.

To order memorial trees or send flowers to the family in memory of Rev. Allen Cobb, please visit our flower store.
Send a Sympathy Card