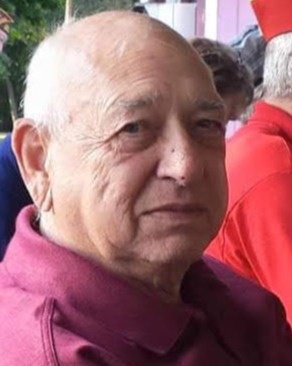 Richard Lee Flinn, of Vicksburg passed away on Wednesday, October 5, 2022 at the age of 87. Richard was born on October 30, 1934 in Grand Rapids. He was the son of Theodore and Ethel (Rohr) Flinn. Richard attended Schoolcraft Community Schools and graduated from Schoolcraft High School with the Class of 1952. After high school he went to work for Simpson Paper in Vicksburg and became interested in the trades. Over time he became a pipefitter for the paper mill, and ended up working there for over 25 years. He then went to work for over 10 years at Hydra-Matic in Three Rivers. In his spare-time Richard loved classic cars and driving around with Norma in their Model A. He also made a point to be at as many of his family's events as possible and made his family a priority in his life. Other hobbies included working in his garden, traveling with Norma, and he had a love of music. His family will remember him as family oriented, generous, protective of his family, a man with a huge heart, reliable, and selfless.

The family will receive friends on Tuesday, from 4pm to 7pm and on Wednesday from 10am-11am at the Avink, McCowen & Secord Funeral Home, Vicksburg. A funeral service will be held on Wednesday, October 12, 2022 at 11am at the funeral home. The burial will follow at Mint Cemetery.

While at www.amsfuneralhome.com please take time sign Richard’s guestbook and/or share your favorite memory with the family. Those who wish may make contributions to Generous Hands and/or Vicksburg Community Schools Foundation.

To order memorial trees or send flowers to the family in memory of Richard Lee Flinn, please visit our flower store.