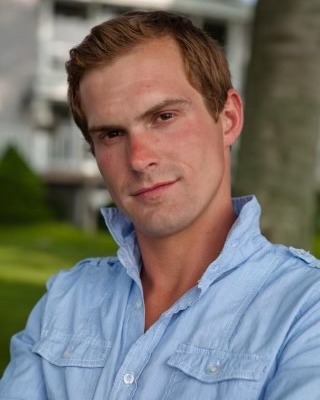 Bobby peacefully joined the arms of Jesus and was welcomed into the gates of heaven under a full moon on January 4 , 2023. Born and raised in Portage, MI, on West Lake, Bobby was the proud father to Karissa Cline-Babel and the cherished son of Robert Babel II and Cynthia Babel.

Bobby entered this world on August 10, 1988. He leaves behind an everlasting mark on anyone who was fortunate enough to know and love him. Although family was the driving force in Bobby’s life, he was always there to listen and lend a helping hand to anyone who needed it. He was a spark in the universe with a caring selfless soul, loving deeply his daughter, parents, and many siblings/nieces/nephews. Bobby and his mom would spend endless hours looking for music equipment and cool rocks. Bobby was her Rockstar. Much like his dad, he spent countless hours tinkering on projects, sometimes mastering them and sometimes not, which he would say also like his dad. He frequently went to church with his dad who was always inspired watching Bobby pray and recite scripture. His greatest pride in life was his baby girl who he always cherished, loved, and adored no matter the circumstances. He was honored to be Karissa’s father and beamed with joy when talking about how proud he was of her. From the moment he became a father, his entire world changed, and he was now happier than ever. She became his number one priority, and he was in love with Daddy’s little girl. He loved nothing more than to make her happy and see her smile. He would always give her gifts because he couldn’t go anywhere without thinking of her. He tried to spend their time together to the fullest. Bobby’s inner child released when he was with Karissa. They would have dance parties, build blanket forts, and do whatever made her happy. She filled him with a happiness no one else could.

Bobby’s many passions included, adventure, art, Lake Michigan and exploring the mountains. However, none of them superseded his passion for music. Bobby was a melomaniac, a collector of instruments, a dedicated listener and had a creative mind when it came to writing lyrics. Music motivated Bobby to the point where he began to build a studio in his basement for himself, his daughter and whoever else wanted to come jam with him. He had a pension to play the guitar and was an owner of many classics. His ability to pick-up a stringed instrument and have the natural ability to play was quite evident. This was demonstrated when Bobby was handed a violin by an elderly man in Arizona named “Cornelius” and asked to play a song. After finishing, Corney said there was nothing else he could teach him. Bobby was also a lover of the outdoors spending time at the “Forty” where he felt free and able to do whatever he wanted.

Gone way to soon, we know Bobby is up in heaven looking down on his family, protecting us and sending his love. He is also more than likely jamming out on his guitar and blessing the heavens with his music. He is missed dearly and will never be forgotten. Rest in Peace Bobby, we love you sooo much.

A celebration of life mass will take place in June of 2023.

While visiting Bobby’s webpage at www.amsfuneralhomes.com please sign the guestbook by lighting a candle, and/or sharing a memory with his family. The Babel family is being assisted by Avink Funeral Home and Cremation Society, 129 S. Grand Street, Schoolcraft, MI 49087. (269) 679-5622

To order memorial trees or send flowers to the family in memory of Robert Joseph Babel III, please visit our flower store.