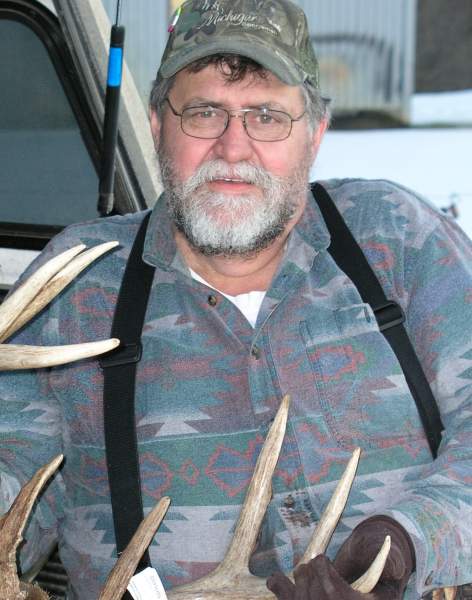 Robert L. Cooley died suddenly, on September 2, 2022, surrounded by his wife and children. He was born June 21, 1950, to Charles (Jack) and Thelma Cooley at Franklin Memorial Hospital in Vicksburg, MI. He was preceded in death by both of his parents and his brother: Richard Cooley.

Bob grew up on his family farm in Vicksburg and graduated from Vicksburg High School in 1968.  While growing up, Bob worked hard on the family farm. He even adopted an orphaned fox for a pet.

Just three short years later, Bob met the love of his life, Judy Miller, in the summer of July 1971 at a lake party, that’s when he knew she was the one for him.  Unaware at the time that his soulmate lived just a mile away all these years. The two dated briefly and he proposed. They were married November 27, 1971, and shortly after purchased their own small farm to raise their family. After many years of hard work and determination, Bob and Judy were able to build their dream home. They have been married for almost 51 wonderful years.

Family meant a lot to Bob, some of his greatest memories were being able to go fishing in the backyard ponds with his grandkids. The many fish fry’s and family gatherings always put a smile on his face. He also really enjoyed going to his grandkids sporting events, having Easter egg hunts for them, even trick-or-treating with them.

So many laughs and memories made with all-nighter card games, we even had an epic 2-day card game during a bad ice-storm, when his brother-in-law Doug Miller and mother-in-law Geri Miller were iced in.

Bob enjoyed hunting with his friends and especially his sons: Mike and Chad. One year they took a trip to go deer hunting and all three were blessed to get a large buck, the biggest Bob had ever gotten. Everyone joked that he shot one of the cows and not a deer because of the size – the boys will tell you they felt every pound of it carrying it back.

Bob also took many fishing trips with Judy to Canada. So many memories of just the two of them on these trips. Bob even friended a chipmunk. He even got the chipmunk to crawl up his leg and was able to feed him peanuts and even held a peanut in his mouth and the chipmuck would come take it from him.

Bob was also quite the baker, he liked to try out new recipes. Anyone that has even spent a holiday with Bob knows the treat it was to have some of his homemade fudge – it was LEDGENDARY!

Bob and Judy purchased a cabin up in Baldwin. They enjoyed so many get-away weekend’s together, of course including several trips to the casino.

Bob and Judy took several trips with their close family friends: Ken and Shirley White. Gatlinburg and Las Vegas to name a few; as well as, going out to eat together all the time.

Bob had many co-workers he considered dear friends and spoke of them often. So many stories of the pranks and jokes played. After retirement, he tried to keep in touch with those same dear friends.

In accordance with the family’s wishes cremation has taken place and a celebration of Bob’s life will be held on Friday, September 16, 2022, at Avink, McCowen & Secord Funeral Home, 409 South Main Street, Vicksburg, MI 49097, with a time for visiting starting at 11:00 a.m. until the time of service at 12:00 noon with Lucas King officiating.

To order memorial trees or send flowers to the family in memory of Robert Lee Cooley, please visit our flower store.