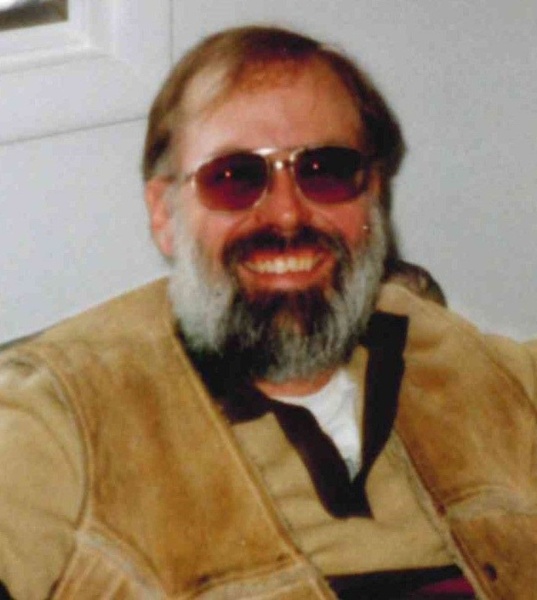 Rob was born Oct 7, 1948, to John (Jack) and Barbara Kelly, when the family lived in Parma MI, where dad owned and operated his first onion farm. Over the years our family moved to several locations (Jackson MI, West Palm Beach FL, Gun Lake MI, and Winnetka ILL) until finally settling in Plainwell MI where Rob and his five sisters grew up.

Rob was a boy scout and served as an altar boy at St. Margaret’s in Otsego MI where our family attended church. He enjoyed swimming in our pool, especially after cutting the grass with the push mower on all three lawns surrounding our house. He also enjoyed downhill skiing, playing golf and football. During High School Rob excelled in Auto Shop and acquired his first job at the Standard Station just down our street. Rob graduated from Plainwell High in 1966, during which one year was spent at Military School. Following graduation Rob enlisted in the Navy, and joined the SeaBees Naval Construction Battalion. He operated and maintained heavy equipment and served from 1968 – 1970, with his last year in Vietnam. After an honorable discharge Rob lived in Kalamazoo MI and worked for GM for a few years. He then drove a large delivery truck for Hybels Produce. A box full of strawberries, bananas, apples and cukes on the seat next to him for the long ride.

Rob loved being warm and traveled to Maui, Haiti and Arizona with friends. He then opened a cactus shop in downtown Kalamazoo with a partner for a short time. Rob loved classic rock and the blues. He went to many concerts in the 70’s – 90’s, often buying tickets for family and friends. If you put on a good album, he would pull out his harmonica and play along. He enjoyed riding his Harley, his bicycle and playing golf, but Rob’s real passion was watching sports. He always looked forward to attending the Tigers and Lions games in Detroit, and drove his RV down to Lakeland FL to watch the Tigers spring training several times. He also parked the RV inside the grounds at Martin US 131 Dragway to experience the races from the comfort of his own home. Rob enjoyed bird hunting with our dad throughout the years. Once they took dad’s two Springer Spaniels (Pat and Mike) up into Canada for the dogs first hunting trip. Against Rob’s advice, dad let the dogs off the leash. They ran away and never came back.

After becoming a vegetarian Rob used our father’s knowledge of farming to successfully compost, plant and cultivate organic vegetable gardens everywhere he lived NE of Plainwell. His Silver Queen sweet corn remains till this day unequaled. In the early 80’s Rob lived with mom at Lake Doster and worked at Lake Doster Golf Club in maintenance, operating and repairing equipment until he started his own business, RK Excavating. Rob had vision and loved moving the earth to create beautiful landscaping. In the mid 80’s, following in dad’s steps, Rob developed a small community in Orangeville MI and built his first home by a peaceful stream.

Remaining a bachelor, Rob’s closest companions were his dogs (Pooka-St Bernard, Bojangles-Irish Setter, Sire-German Shepherd, McBire-German Shepherd. He took them everywhere and if you saw a pickup around town with a big dog in the back it was probably Rob’s. The last three years Rob’s furry companion was a cat he rescued and named Mouser.

Rob died suddenly at his latest residence in Plainwell MI April 1, 2022. He had received Jesus as his personal Lord and Savior years before. Preceding Rob and welcoming him into heaven are his parents Jack and Barbara Kelly, his sister Mary Dunn, and sister Christina Langkamp. Remaining this side of heaven are sisters Bobbi Willis, Jacqueline Eckert, and Colleen (Ginger) Salton.

In lieu of flowers, donations can be made to www.woundedwarriorproject.org/donate

There will be a private interment service held at Fort Custer in Battle Creek MI for the family. There will be a Celebration of Life in Rob's honor for family and friends Sunday, August 21, 2022, from 1:00 PM to 6:00 PM at Bay Pointe Woods in Shelbyville, MI on Gun Lake. Some cottages and hotel rooms are on hold at Bay Pointe.  Please contact the office to reserve lodging under the "Kelly party". www.baypointeinn.com, Phone 269-672-8111.

While at www.amsfuneralhomes.com please take time to sign Robert’s guestbook and/or share a memory with his family.

To order memorial trees or send flowers to the family in memory of Robert George Kelly, please visit our flower store.

some cottages and hotel rooms are on hold at Bay Pointe until June 21. Please contact the office to reserve lodging under the