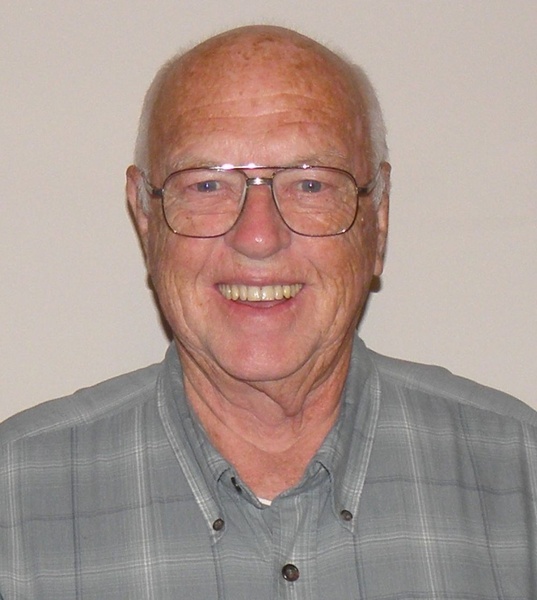 As a child growing up on a farm during the depression there was a lot of hard work to do, this was especially true after his mother passed when he was 14 years old. Robert took care of his younger siblings while his father worked in the city and his older brothers worked the farm.

Bob graduated from Tilden High School in 1944. On February 27, 1945, Bob enlisted in the United States Navy where he completed basic training at Great Lakes Naval Center in Chicago, IL. He was honorably discharged from duty at the end of World War II reaching the rank of Seaman 1st Class V-6.

Following his discharge from the Navy, Robert moved to Michigan with his life-long friend: George Harber and he resided with the Harber family. It was through them that he was introduced to Mary Callis. Bob and Mary were united in holy matrimony in Rockford, MI on September 29, 1950. The two moved to Vicksburg and spent their entire lives together there. Together they welcomed three wonderful children into their family.

In his freetime Bob enjoyed playing: softball, horseshoes, croquet, jarts, ping-pong, carom, cribbage, rummy, dominoes, pinochle, and sequence, but his favorite game of all time was Scrabble, and he was an unparalleled mastermind when it was time to play.

Most of all Bob had a deep love for his wife of 72 years and his Lord and Savior: Jesus Christ.

Robert is preceded in his passing by his parents, siblings: Floyd, Eugene, Russell, and James Sinclair, Rosetta Sokol, and Kathryn Jennings.

In accordance with Bob’s wishes public services will be held at Avink, McCowen & Secord Funeral Home, 409 South Main Street, Vicksburg, MI 49097, on Thursday, August 4, 2022, with a time for visiting beginning at 10:00 a.m. until the time of service at 11:00 a.m. with Pastor Fred Betcher officiating. Following the service Bob will be laid to rest at Vicksburg Cemetery.

Memorials made in Bob’s memory may be directed to The Schoolcraft Assembly of God or the Wounded Warrior Project. Envelopes are available at the funeral home.

To order memorial trees or send flowers to the family in memory of Robert Lee Sinclair, please visit our flower store.