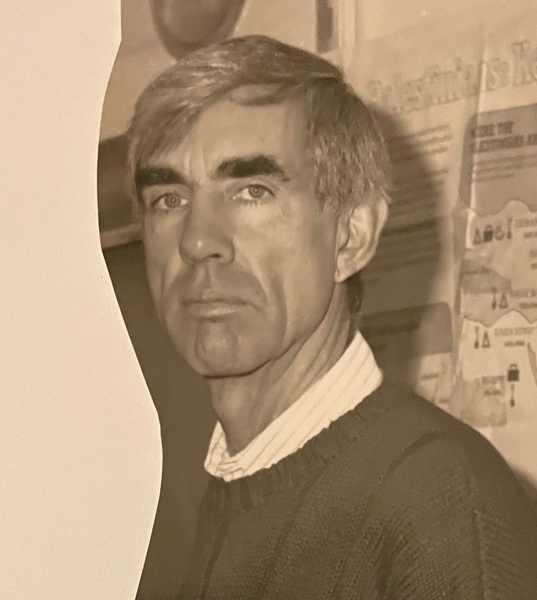 Robert (Bob) graduated from Vermontville High School and went on to attend Kalamazoo College where he played basketball and football. He graduated in 1958, and was also married that year to Jane Vanden Berge.

Bob started his teaching and coaching career at Richland High School. He spent most of his career at Portage Northern High School (PNHS) as a Social Studies teacher, retiring in 1994. As a coach of track, cross country, and football, Bob had many accomplishments over his 30 years of coaching. He was inducted into the PNHS Hall of Fame, the Michigan Interscholastic Track Coaches Association (MITCA) Hall of Fame, and awarded the MITCA Charles Sweeney Award. In his role as coach and teacher he served as mentor, positive influence, and role model to many young people.

In addition, Bob was a member of Michigan Sports Sages for almost 30 years.

Married for 63 years, Bob and Jane enjoyed their travels to places like New Zealand, Australia, China, Costa Rica, Netherlands, France, and Canada. They also traveled extensively in the US, including many treasured trips to Jekyll Island with family, backpacking in Idaho, and a special trip to the Olympics in Atlanta. He and Jane spent many enjoyable hours watching their children and grandchildren participate in sporting events. Bob also enjoyed golf, cribbage, backgammon, 4th of July celebrations, camping, and sharing meals and a good beer with family and friends.

Preceded in death by parents John and Laura Steward and brothers Doug and Dick.

A private family gathering will be held at a later date.

In lieu of flowers, donations can be made to the Kalamazoo College Athletic Association at www.kzoo.edu In Memory Of Bob Steward.

While at www.amsfuneralhomes.com please take time to sign Robert's guestbook and/or share a memory with his family.