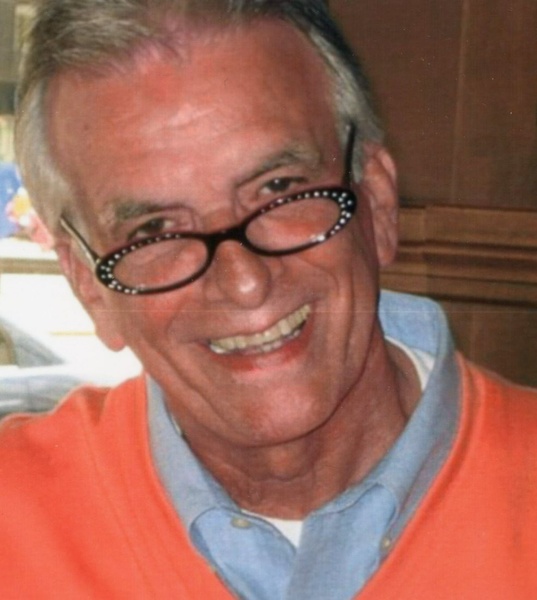 Larger than life—the phrase that captures the heart and soul of who Rodney “Rod” Nedervelt was more than anything else. Rod enjoyed impacting the lives of those around him, especially young people. As a teacher, he was passionate about every single one of his students. Anyone who was lucky enough to have had Rod as a teacher can tell you that each day of class was greeted with a smile and a funny quip. Rod was a professional and purposeful man who fiercely loved his family, especially his three children. Although Rod left this life far too soon, his legacy and lessons will live on in all those who knew and loved him.

The 1940s was a war ridden decade: Pearl Harbor was attacked in 1941; the Allies stormed the beaches at Normandy in 1944; the first atomic bombs were dropped over Japan in 1945. The attack on Pearl Harbor happened in 1941, D-Day took place in 1944, and finally in 1945 World War II ended. Amongst all the destruction, several memorable events marked their places in history as well. After nearly 15 years of work, the carving of Mount Rushmore was completed in 1941. Franklin Delano Roosevelt became the only US President to be elected to a third consecutive term (and eventually a fourth) in the early Forties. For Dudley and Bertha (Gelderloos) Nedervelt, history was again made on August 14, 1947, as they celebrated the birth of their first child, Rodeny Nedervelt. Rod was the only boy amongst three children, as he was eventually joined by younger sisters, Colleen and Cathy. The Nedervelt family lived in Grand Haven, MI which is known for the annual Coast Guard Festival. Grand Haven is a popular tourist town in Michigan during the warm summer months. As a youngster, Rod enjoyed playing little league baseball and spending time at the beach and Lake Michigan.

Rod grew up in a close-knit Christian family. The Nedervelt family was very active in their local church. He attended Muskegon Christian High School and graduated with the class of 1965. Rod attended Muskegon Community College for a while but was eventually drafted into the Vietnam War. After Vietnam, he attended Western Michigan University where he obtained a bachelor’s degree in education. Rod was married to his first wife, Louise Kotlewski for three years. The couple had one son together, Ryan Mosley. His second wife was Laurie Antles; Rod and Laurie were married for twenty years and shared two children together, Logan and Kelsey. For Rod, his children were everything to him. He was always a wonderful source of entertainment, full of wisdom, extremely supportive, and involved in all his children’s extracurricular activities. Rod was always immensely proud of his children.

Sports were always a source of entertainment for Rod. He was a huge Michigan State Spartans and Detroit Tigers fan. He himself was quite athletic, running in many local competitions and marathons. Overall, Rod loved sports: golf, basketball, baseball, football—you name it, Rod loved it. He enjoyed organizing golf outings and fantasy football leagues. As a teacher, Rod also enjoyed learning himself, especially history. When he wasn’t teaching or spending time with his kids, he loved being outside taking care of his yard, painting, or working on an arts & crafts project.

Rod was always full of life. He was loud, funny, and no matter where he was, Rod was always the life of the party. Those that knew Rod can probably recite some of his favorite sayings and expressions by heart: big shooter, hose-nose, dirtball, bubba, and foul. His greatest joys in life were his children and his students. Perhaps one of the greatest achievements for a teacher is watching a student succeed and making an impact on their life. This was one of the greatest joys for Rod as a teacher. Although being a teacher means you must be serious sometimes, Rod was always one to make those around him laugh.

Life for Rod was filled with wonderful memories, experiences, students, friends, family, and fun. He will forever be remembered as a thoughtful, intelligent, talented, and organized man. He often had a great story or anecdote no matter the situation. Those who loved Rod will remember him as someone who cared about and influenced the lives of young people, and someone who carried himself professionally and with purpose. While steadfast in his beliefs, he was always open-minded to discussion. It’s not often that you meet someone whose personality can fill a room. Rod, however, was without a doubt one of those people. Albert Einstein once said, “It is the supreme art of the teacher to awaken joy in creative expression and knowledge.” Rodney Nedervelt held the special gift of teaching and greatly impacting young minds. He was a wonderful father and loved his children with all of his heart. Rod will be missed as a friend, father, grandfather, son, and brother but will forever be remembered by those he touched.

Rodney “Ned” Nedervelt, of Portage, MI passed away on Monday, February 14, 2022, at the age of 74. Rod was born August 14, 1947 to Dudley and Bertha (Gelderloos) Nedervelt. Rod was always social, loved being outdoors, and enjoyed working in the yard. He was a huge Michigan State fan. He also enjoyed fantasy football and a history buff. Rod spent over 30 years teaching at Portage Central. Rod is survived by his children, Logan (Amy) Nedervelt, Kelsey Nedervelt, and Ryan Mosley; grandchildren, Cole Nedervelt, Brooks Nedervelt, Koby Mosley, and Kaytlin Mosley; and sisters, Colleen (PJ) McCarthy and Cathy Cook. Rod is preceded in death by his parents, Dudley and Bertha (Gelderloos) Nedervelt; and brother-in-law, Craig Cook.

While at www.amsfuneralhomes.com please take time to sign Rod's guestbook and/or share a memory with his family.

To order memorial trees or send flowers to the family in memory of Rodney "Ned" Nedervelt, please visit our flower store.