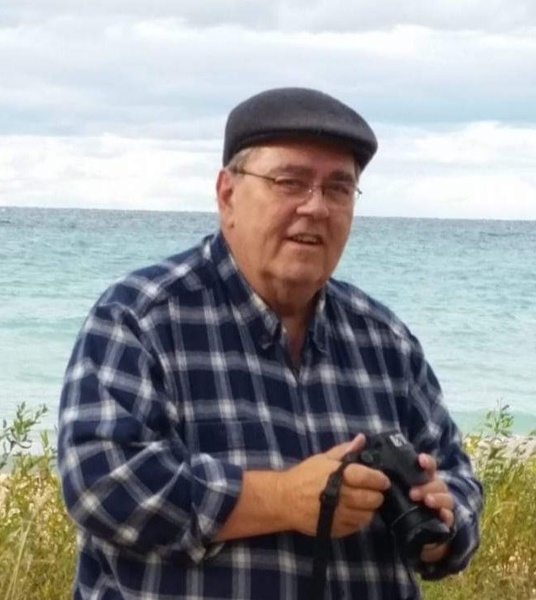 A free-spirited man, Ron Niebauer, enjoyed nothing more than the family entrusted to his care, and in them, he found the greatest joy. He treasured many friendships throughout the years and was a mentor of many through his dedication to helping others. Ron was a hardworking man and enjoyed spending his free time surrounded by those he loved and cared about. He possessed a strong-will and knew what he wanted and went for it. His determination was admirable in many respects, yet his faith shone bright in all he said and did. Gone, and never to be forgotten are the numerous memories he leaves behind.
The year 1943 was a time of mixed blessings in the U.S. -Declaration was made that the Great Depression was finally over, and The Pentagon was officially dedicated in Arlington, Virginia. With publications like The Saturday Evening Post and box office hits like Casablanca, a sense of optimism gave American households a sense of normalcy as citizens throughout the nation came together during the tumultuous times of World War II. It was during this time on September 12, 1943, when Joseph “Ted” Theodore and Arda L (Sholes) Niebauer welcomed their baby boy, Ronald Steven Niebauer into their hearts and home.
Born and raised in Battle Creek, Michigan, young Ron’s father worked at Clark Equipment while his mother remained at home as a homemaker. He joined his older brother, Garry, and when his parents divorced and remarried, he welcomed his younger sister, Michele from his mother’s remarriage. He also was joined by his brother, Kurt from his father’s remarriage. Although times could prove to be rough during these life transitions, Ron was a boy of his generation. He enjoyed playing with neighborhood friends and found his share of mischief, too.
Ron attended the local Battle Creek schools and went on to graduate from Pennfield High School with the Class of 1961. He went on to work for Kellogg's in 1963 where he was a dedicated and loyal employee.
In 1963 Ron welcomed his first child, a daughter, Sherie, with his first wife Sue Reynolds Niebauer. 2 Years later in 1965 they welcomed a son, Ronald Steven Niebauer Jr. They divorced shortly thereafter.
It was while socializing at a local establishment when Ron met the young woman who would forever hold his heart, Janet Allwardt. After just knowing her for a mere 15 days, Ron shared with Janet that God told him to marry her. It was then that he proposed and just days following his 30th birthday, they were blessed in marriage on September 22, 1973. Like minded in many ways, Ron and Janet were true free-spirits and thoroughly enjoyed traveling around Michigan. Once they even took their “hippie van” all the way to California, sleeping in the van along the way. This trip proved to be a very connecting experience for their relationship.
Ron and Jan were then blessed with 2 more beautiful girls. Heather in 1975 and Zoe in 1983. Their family was then complete. Ron and Jan raised their children with faith, as faith was the foundation of their marriage and the structure of Ron’s life. He was such a committed family man. He joined Jan’s family tradition of going to Tall Oaks Camp every Labor Day weekend. He was so passionate about the camp that he joined the Odd Fellows lodge that ran the camp. He continued and carried on the much-anticipated tradition after the passing of both his in-laws. In recent years has turned over the reins to his daughters Heather and Zoe. This location became a special place for the entire family, and they all looked forward to spending time together there every Labor Day weekend. Along with times spent on Big Star Lake, countless memories were shared as a family during the holidays and other special occasions which Ron always enjoyed. His family especially loved Ron’s Christmas candy he would make each year, particularly his Buckeye’s.
The early seventies never quite got out of Ron’s system. He was known for picking up hitchhikers, even as he got older, at a time when many stopped doing such things. His passion ran deep for helping others and his caring soul toward others who needed help never waned. He was also one to give advice, even when one may not have always wanted to hear it, but he gave it just the same.
After working for the Kellogg’s for 33 years, Ron retired in 1996. He enjoyed this time with family, good friends and serving his Lord. In the years following his retirement he began following his faith with the Shephard’s Chapel Church Ministries. Ron’s favorite Bible verse was, 2 Timothy 2:15, “Study to show thyself approved unto God, a workman that needeth not to be ashamed, rightly dividing the word of truth.” Ron was strong-willed and independent minded, yet he was always guided by his personal faith. He loved his family beyond compare, and his grandchildren were his delight. For these things and so much more, he will be deeply missed and fondly remembered.
Ronald is survived by his wife of 48 years, Jan; his son, Ronald (Doris) Niebauer Jr., of Texas; and three daughters, Sherie Niebauer, of California, Heather (James) Myers, of Scotts and Zoe (Rod) Reynolds, of Delton; seven grandchildren: Steven (Manae) Niebauer, Logan Niebauer, Hunter Myers, Chase Myers, Easton Reynolds, Brayden Reynolds and Kinsey Reynolds; two step-grandchildren: Sara (Adam) Jimenez and Nick Woodard; and one great-grandson, Cruz Jimenez. He is also survived by his sister, Michele Noakes Mullen, of Kalamazoo and brother-in-law, Phil (Sandy) Allwardt, of Battle Creek.
He was preceded in death by his father, Ted (Vi Brown) Niebauer, mother Arda (Bill) Noakes, in-laws Carl and Mary Allwardt and by his brothers, Garry Niebauer and Kurt Niebauer.

Ronald has been cremated and a Celebration of his Life will be held at Gilmore Car Museum, April 30, 2022 from 11am until 2pm. A time for sharing will begin at 12noon. A private burial of his ashes will be at the Ceresco Cemetery on 12 Mile Road.

While at Ronald’s webpage on www.amsfuneralhomes.com please take time to sign his guestbook and/or share a memory with his family. Those who wish may make contributions to:

To order memorial trees or send flowers to the family in memory of Ronald Steven Niebauer Sr., please visit our flower store.

Time for Sharing will begin at 12noon