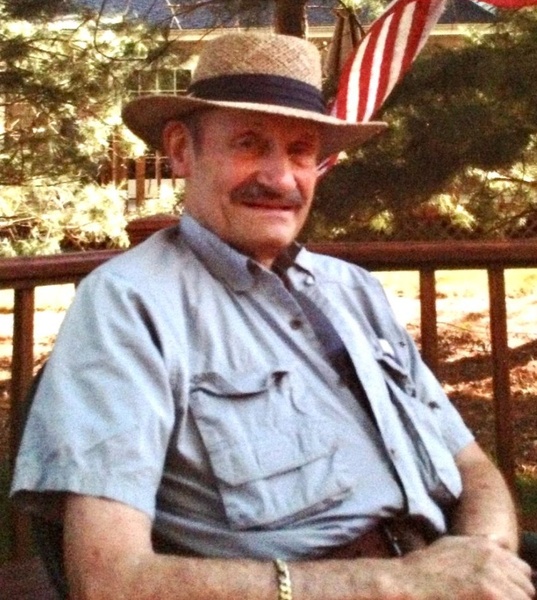 He graduated from Midland high school, Midland, MI in 1956. Following graduation he honorably served in the United States Navy in San Diego, CA on the USS Pomodon (SS-486)  until 1959. He proudly spoke of his naval travels along the Western Pacific tour. Shortly after discharge, he married Marsha Williams and they had three children together. While he continued to serve his country as a Naval Reserve (1963), Russ took advantage of the G.I. bill and furthered his studies. In 1969, he took a job at the Upjohn Company and moved his family to Portage, MI. His first marriage was dissolved in the early 70’s.

While working for Upjohn, he met Julianne, they married in 1975 and blended their families. He retired from the Upjohn Company with 25 years of service in 1994. In their retirement, he and Julianne opened J & R Coin and Jewelry. The store was his passion and joy where he shared his expertise in coins. He was a long term member of the Kalamazoo Numismatic Club. Russ and Julianne enjoyed traveling to Cancun and Florida for many vacations.

Russ was an avid fisherman and deer hunter for most of his life. He looked forward to the annual hunting trip to Northern Michigan with his boys, son-in-law and grandsons. He was a collector of many things, even from a young age he enjoyed collecting: coins, rocks, stamps, historic buttons and even crazy socks.

Russ will be fondly remembered for his all around generosity as well as leaving unique tips of uncommon currency to his favorite wait staff.

He is preceded in his passing by his wife: Julianne Barr; children: Linda Roof and David Barr; grandson: Danny Waldron

Memorials made in Russell’s memory may be directed to Centrica Care Navigators or Pathfinder Church Children’s Coat Fund. Envelopes are available at the funeral home.

Cremation has taken place and a public time for visiting will be held at Avink, McCowen & Secord Funeral Homes and Cremation Society, 5975 Lovers Lane, Portage, MI 49002 on Monday, April 25, 2022, beginning at 4:00 p.m. until 7:00 p.m. Russell will be laid to rest with Julianne during a private committal service at Ft. Custer National Cemetery.

While at www.amsfuneralhomes.com please take time to sign Russell’s guestbook and/or share a memory with his family.

To order memorial trees or send flowers to the family in memory of Russell Frank Barr, please visit our flower store.