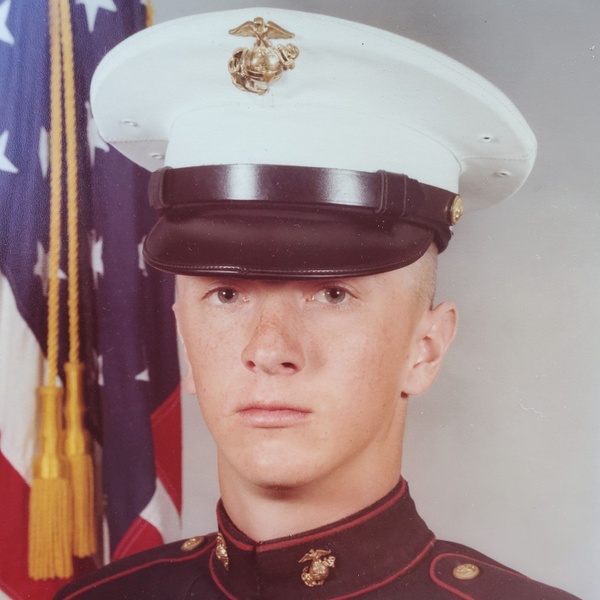 Steven Blair Palmer passed away peacefully in his home at the age of 60. Steve was born in Paw Paw on July 7, 1962. He is survived by his girls; Tambrin, Elizabeth, and Samantha. Also surviving are his parents, Alice (James) Krepel and Paul (Glenna) Palmer; his brother Michael (Cindy) Palmer, sisters Nancy Lee and Denise (Neil) Hannah, and step-brothers Erik Jensen and Chris Jensen; and many nieces, nephews, and close friends, along with too many others to name here. It’s a small town, you know who you are.

Steve spent his childhood playing sports, hanging with friends and family, and causing general mischief. After “The Incident,” Steve graduated from Vicksburg High School and joined the Marine Corp. While he completed his service in 1984, he was forever a marine in heart and spirit.

Following his time in the service, Steve went on to a successful career as a journeyman painter in the Kalamazoo area where he met and married Tambrin. Together with their daughters, Elizabeth and Samantha, Steve and Tambrin forged a life with each other.

If you knew Steve, you know he struggled. His life was not easy, but he continued to live it fully right until the end. He looked forward to enjoying the rest of his retirement years. Unfortunately, he passed before he had the opportunity to repaint his barn and use up the bulk box of caulk he had at the ready.

So, what would Steve want you to know? He’d tell you he loved movies, rock ‘n' roll music, fishing, hunting, and watching a hockey or baseball game on a Thursday night. He loved time spent camping and at the family cabin. He’d tell you his friends were all lifelong and steadfast. He would let you know that his daughters were so smart and “they got that from their mother.” He never missed an opportunity to express how proud he was of them. In his words, they are “the best thing” he ever did. Finally, Steve would want to share a piece of advice – some words of wisdom; “It is better to be pissed off than pissed on.”

In accordance with Steve’s wishes cremation has taken place a public time for visiting will be held at Avink, McCowen & Secord Funeral Homes and Cremation Society, 409 South Main Street, Vicksburg, MI 49097 on Thursday, July 21, 2022, from 4:00 p.m. until 7:00 p.m. Steven will be laid to rest at Fort Custer National Cemetery during a private committal service on a later date.

Memorials made in Steven’s memory may be directed to the Wounded Warrior Project. Envelopes are available at the funeral home.

While at www.amsfuneralhomes.com please take time to sign Steven’s guestbook and/or share a memory with his family.

To order memorial trees or send flowers to the family in memory of Steven Blair Palmer, please visit our flower store.