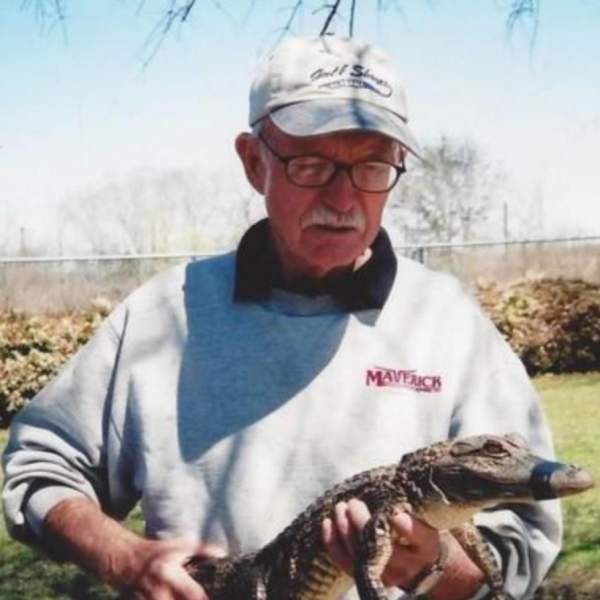 William (Bill) Tell Johnson, 91, of Three Rivers, passed away quietly on August 24, surrounded by his family. Born on June 7, 1930 to Agnes (Stuut) and Harold Johnson in Kalamazoo, Michigan, Bill married and had 4 children. He worked for many years as a truck driver for Tripp Trucking, Michigan Express and Holland Motor Trucking. He subsequently worked as manager at the Asphalt Improvement Company in Kalamazoo until his retirement and then continued driving part time, even into his 80’s, for Maverick Express. Bill was an avid fisherman and outdoorsman. He enjoyed camping and traveling the United States. A trip to Alaska with his 2nd wife, Janice, was a highlight of his travels. He loved his family, his friends, his animals and Reba McIntyre, had a quick wit, worked hard and enjoyed his life to the fullest. He will be greatly missed. Bill is survived by his wife, Vicki, his 2 sons, Korree and Kort Johnson, both of Allegan, his daughter, Koddee (Scott) Haner of Lawton. 6 grandchildren, 3 great-grandchildren, his brother, Don (Barb) Johnson and his sister Linda (Tiller) Stanton, both of Kalamazoo. He was preceded in death by his 4 year old daughter, Kammah, his wife, Janice (Haveman), his sister, Betty Roseboom and his son-in-law, Pat Taplin. A memorial gathering will take place from 1-3:00 on Sunday, September 12 in the community tent at Kline’s Resort, 22260 Kline’s Resort Road in Three Rivers. Bill’s ashes will be interred at Mount Everest Cemetery in Kalamazoo at a later date. Memorial contributions may be made to the SPCA of Southwest Michigan. While visiting Bill's tribute page please take a moment to light a candle or share a memory with the family. The Johnson family is being assisted by McCowen & Secord Funeral Homes, Rupert – Durham Chapel, 409 S. Main St., Vicksburg, MI 49097. www.mccowensecord.com. (269)649-1697.
To order memorial trees or send flowers to the family in memory of William "Bill" Johnson, please visit our flower store.